PORSEC is a membership organization governed by General Assembly (all members of the Association), the Scientific Organizing Committee (SOC) and the Executive Board, chaired by the president.

President
Gad Levy is currently a Senior Scientist at NorthWest Research Associates at its Seattle, Washington USA Division. He is a recipient of the 2008 PORSEC distinguished service award. He earned a PhD from the University of Washington and has made significant scientific research contributions beyond the PHD in the Department of Atmospheric Sciences at the University of Washington, as faculty at the College of Oceanographic and Atmospheric Sciences at Oregon State University, and as a Senior Research Scientist at Northwest Research Associates. Throughout his career he has taught about remote sensing and the Earth sciences to university students and he has reached out with educational programs to the general public. More information about Dr. Levy’s scientific accomplishments is available here. 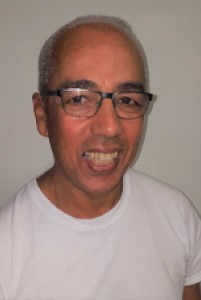 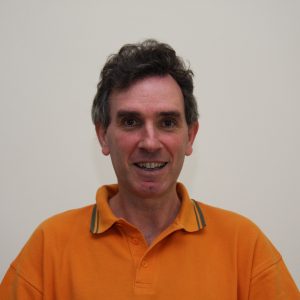 Stefano Vignudelli
Vice President Elect
Dr. Stefano Vignudelli is a researcher employed at the Consiglio Nazionale delle Ricerche (National Research Council) in Pisa, Italy. He has over 25 years of scientific experience in the area of satellite remote sensing (radar altimetry, in particular) for studying coastal environments (sea level variability, in particular). Major interests include processing methods for data analysis, validation with local field observations, multi-sensor synergy & exploitation. Most significant accomplishment has has been to leading the development of satellite radar altimetry in the coastal zone to provide improved measurements for sea level research and applications. He is one of the organizers of a regular series of coastal altimetry workshops (Silver Spring 2008, Pisa, 2008, Frascati 2009, Porto 2010, San Diego 2011, Riva del Garda 2012, Boulder 2013, Lake Constance 2014, Reston 2015, Florence 2017, Frascati 2018), co-editor of the Springer Book “Coastal Altimetry” (20 chapters, 70 people involved and top 25% books). He is actively involved in international cooperation through joint projects, exchange visits, attendance at workshops and capacity building. He is also co-author of four chapters of books and over 70 publications (40 in peer-reviewed journals). He is coordinator/partner/evaluator of scientific projects. He is member of organizing/scientific committees and international societies. He is an acting associate editor for Elsevier Advances in Space Research Journal in the area of satellite oceanography. 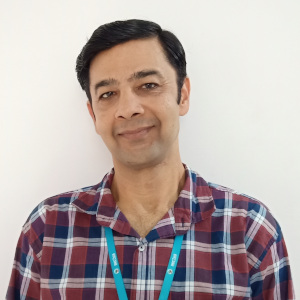 Dr. Nimit Kumar is a Marine Ecologist who serves as a scientist at INCOIS since 2011. He is formally associated with the Marine Fishery Advisory Services (MFAS) programme of INCOIS. He graduated with Microbiology as major and has another post-graduation in Disaster Mitigation. His core strengths comprise of ocean observations, telemetry, remote sensing and GIS. He is alumni of NF-POGO, PORSEC, BOBLME, and IOC-WESTPAC’s MOMSEI. He has participated multiple research cruises in the North Atlantic Ocean and North Indian Ocean onboard Indian and foreign vessels. His professional interests include conservation, sustainable development, outreach and capacity building. 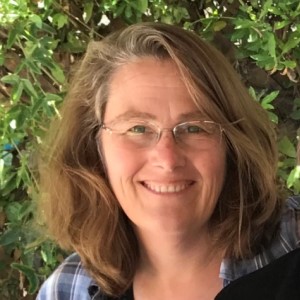 Cara Wilson is a satellite oceanographer for the Environmental Research Division (ERD) at NOAA’s Southwest Fisheries Science Center in Monterey CA. In addition to being the PORSEC treasurer, she is the PI of the West Coast node of NOAA’s CoastWatch program and the chair of the IOCCG (International Ocean Colour Coordinating Group).

PORSEC Association Founders and Past Presidents:

DanLing Tang
Fifth President of the PORSEC Association, 2012-2016
DanLing Tang (Lingzis) received her Ph.D. from Hong Kong University of Science and Technology. After conducting research and teaching in some countries for more than 10 years, Tang received the “100 Talents Program” of the Chinese Academy of Sciences in 2004 and returned to China. She was a professor at Fudan University and is now a leading professor at the Research Center of Remote Sensing on Marine Ecology and Environment, South China Sea Institute of Oceanology, Chinese Academy of Sciences.Her major research interests include ocean dynamics of phytoplankton bloom, global environmental changes, and natural hazards. She has published approximately 70 research papers in Science Citation Index journals and one book, “Remote Sensing of the Changing Oceans” published by Springer.Tang serves many international scientific organizations. She is a member of the AGU Council, a vice chair of Subcommission A2-Ocean Dynamics and Productivity, Committee on Space Research (COSPAR; 2010–2014); and member of the board of directors for PACON International; she has also organized many international conferences, workshops, and training courses. Tang received the Zayed Award Diploma (2006, United Nations Environment Programme), Ocean Service Awards (2007, PACON International), and the national honorary title of China National March 8 Red Banner Pacesetter (2009).
______________________________________________________________

Jim Gower
Fourth President of the PORSEC Association, 2008-2012
Dr Jim Gower began research as a radio-astronomer at Cambridge University in England. He started work in “oceanography from space” (almost astronomy) at the Federal (Department of Fisheries and Oceans) Institute of Ocean Sciences in Sidney, BC in 1972. He has used satellites to measure sea temperature, waves, slicks, chlorophyll, eddies, currents and plankton blooms, and currently works on projects with the Canadian and European Space Agencies. He received the gold medal of the Canadian Remote Sensing Society in 2000 and the PORSEC Distinguished Science Award in 2006. He is presently working on satellite techniques for monitoring intense surface plankton blooms in seas and lakes, and on collecting surface plankton data from buoys, ships and underwater gliders.

Yasuhiro Sugimori
Second President of the PORSEC Association, 1996-2004
PORSEC was Yasuhiro Sugimori’s (1938-2008) brainchild and he led it during many successful years of growth and recognition in the remote sensing community. He was associated with the Department of Marine Engineering, Faculty of Marine Science and Technology, Tokai University in Japan as a faculty member and department head earlier in his career, and headed the Center for Environmental Remote Sensing at Chiba University 1998-2004. He is currently involved with CReSOS, the Indonesian Center for Remote Sensing and Oceanographic Sciences, 2002 to the present. He has spent many years of his time as visiting professor and working with international committees.

Robert W. Stewart
First president of the PORSEC Association, 1990-1996
Robert W. Stewart (1923 -2005) was affectionately known as “Big Bob”. Prof. Stewart supported the organization throughout his life. His career included establishment of the Institute of Oceanographic Sciences at Sidney, B.C., Canada. He was the Deputy Minister of Universities, Science and Communications in British Columbia, 1979-1984 and served as the founding Director of the Centre for Earth and Ocean Research at the University of Victoria (1987-1989). He received several honorary degrees and numerous awards.

The PORSEC Association mission is to promote the open exchange of knowledge about the oceans and related atmospheric sciences and the use of remote sensing technology in oceanic research, through applying state of the art techniques related to ocean remote sensing, including space and underwater technologies, as well as associated data management and information technology